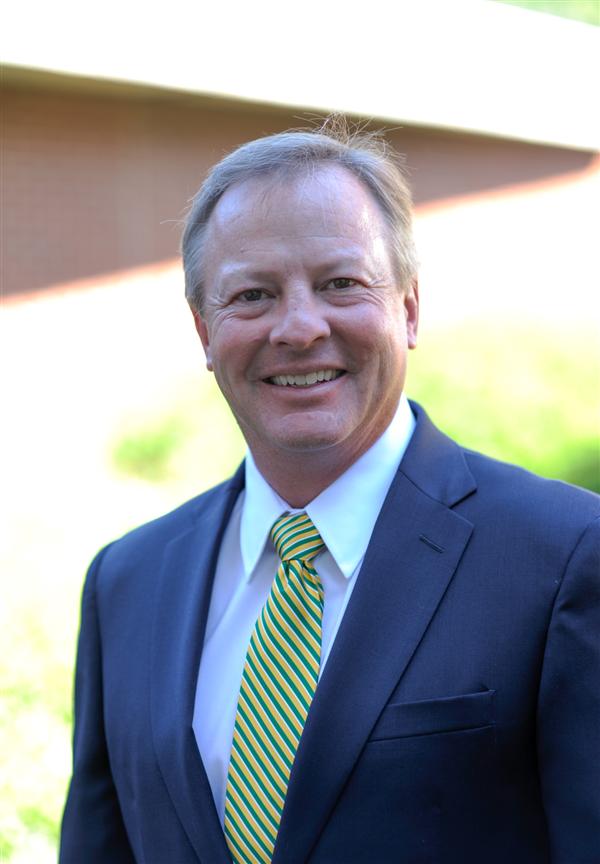 Benny Eaves is entering his 14th year in the Mountain Brook School System and his 8th year as Mountain Brook system Athletic Director.  Coach Eaves began his tenure as Athletic Director mid-November 2014 replacing Terry Cooper who retired after serving in the position for 22 years.  Coach Eaves looks forward to a long, meaningful, and productive relationship with the student-athletes, coaches, faculty, administration, parents, and community.

Coach Eaves is a native of Florence, AL and graduate of Bradshaw High School (‘87) where he was a three sport athlete playing football, basketball, and baseball while in high school.  Coach Eaves attended the University of North Alabama (’90) receiving his bachelor’s degree in education before attending graduate school at Auburn University (’92) on a graduate assistantship.

His professional career spans 30 years in education and athletics.  He credits his tenure in three school systems and the unique opportunities and situations during those times in preparing him for his current position.  He attributes his relationships with past coaches, players, parents, faculties, administrations, and communities along with support from his family for any success he has achieved.

Since beginning his time in the Mountain Brook System, Coach Eaves has taught at both the junior high and high school and has filled coaching roles as head varsity boys golf, head and assistant freshman football, head freshman and junior varsity basketball, and assistant varsity basketball.  His golf teams made seven state tournament appearances having claimed AHSAA state championships in 2015 and 2011, state runner up in 2014, 2008 and five North Sub-State championships in 2015, 2014, 2011, 2009, 2008.

Coach Eaves is a member of the Alabama High School Athletic Director and Coaches Association as well as the National Interscholastic Athletic Administrators Association (NIAAA). He has earned the Certified Athletic Administrator (CAA) designation through the NIAAA.  He past professional involvement includes serving a term as president for the Alabama State Association of Health, Physical Education, Recreation, and Dance, numerous years of service on the ASAHPERD board of governors, and serving as Athletic Chair for the Southern 13 state district A.H.P.E.R.D.